In february, through a heavy snow storm, I headed my car back to Stockholm, Sweden again. Also this time to visit Max Björling and his animals. The goal this time, was to get some good documentary shots of the Ethiopian Mountain Adder (Bitis parviocula) for a coming book. If the pictures get in to the book, I still don’t know. But you saw the first here!

Again, a great big thanks to Max for letting me play with his snakes! 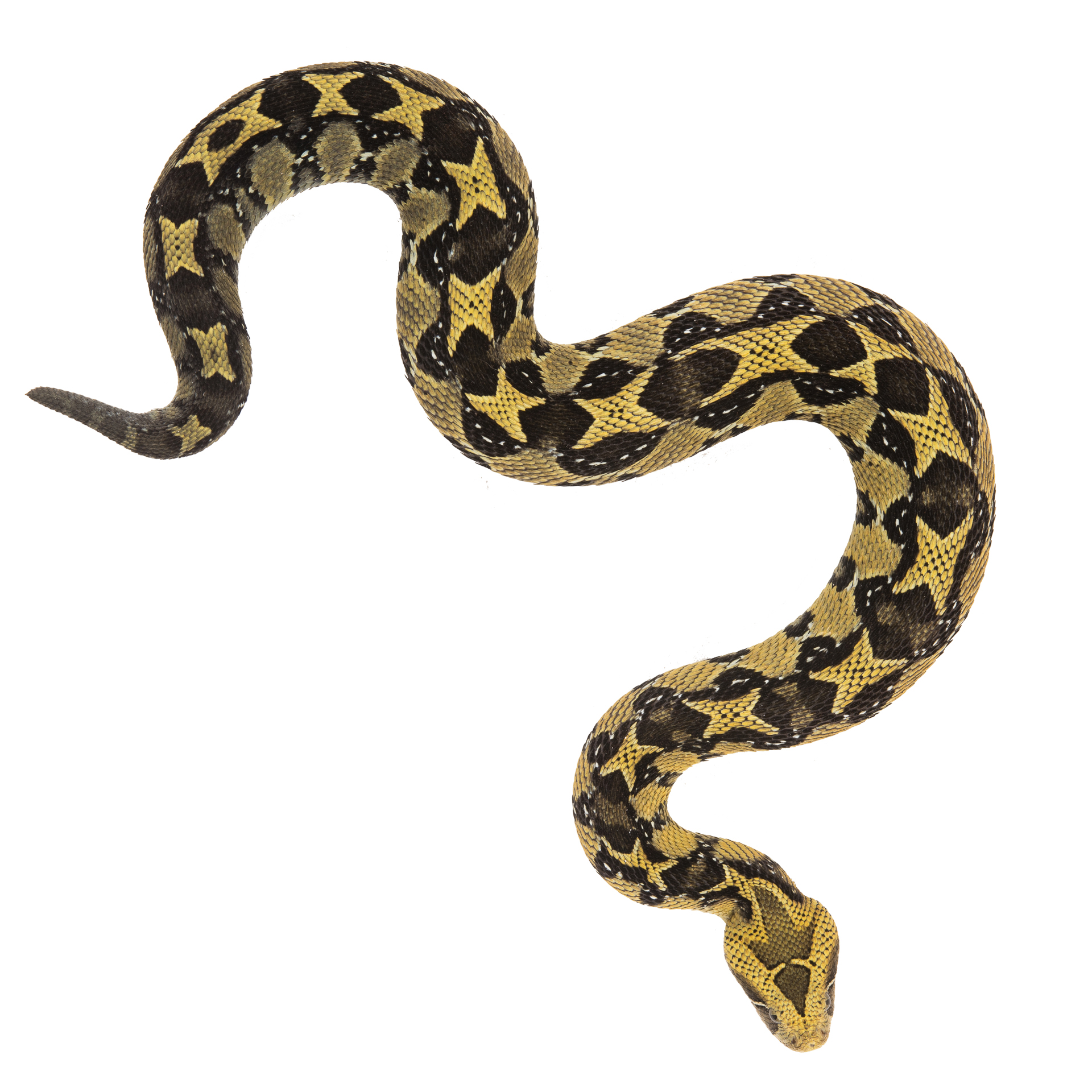 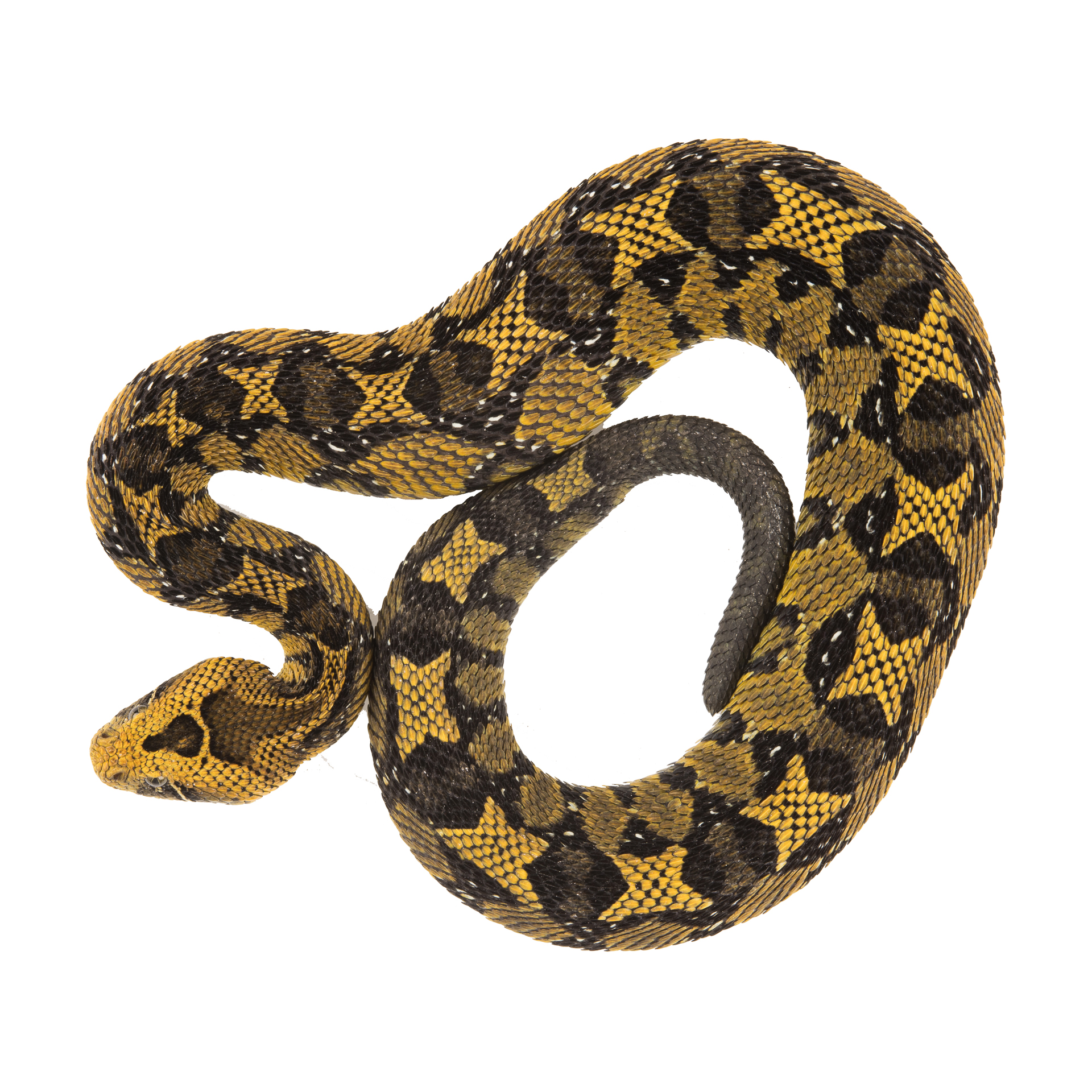 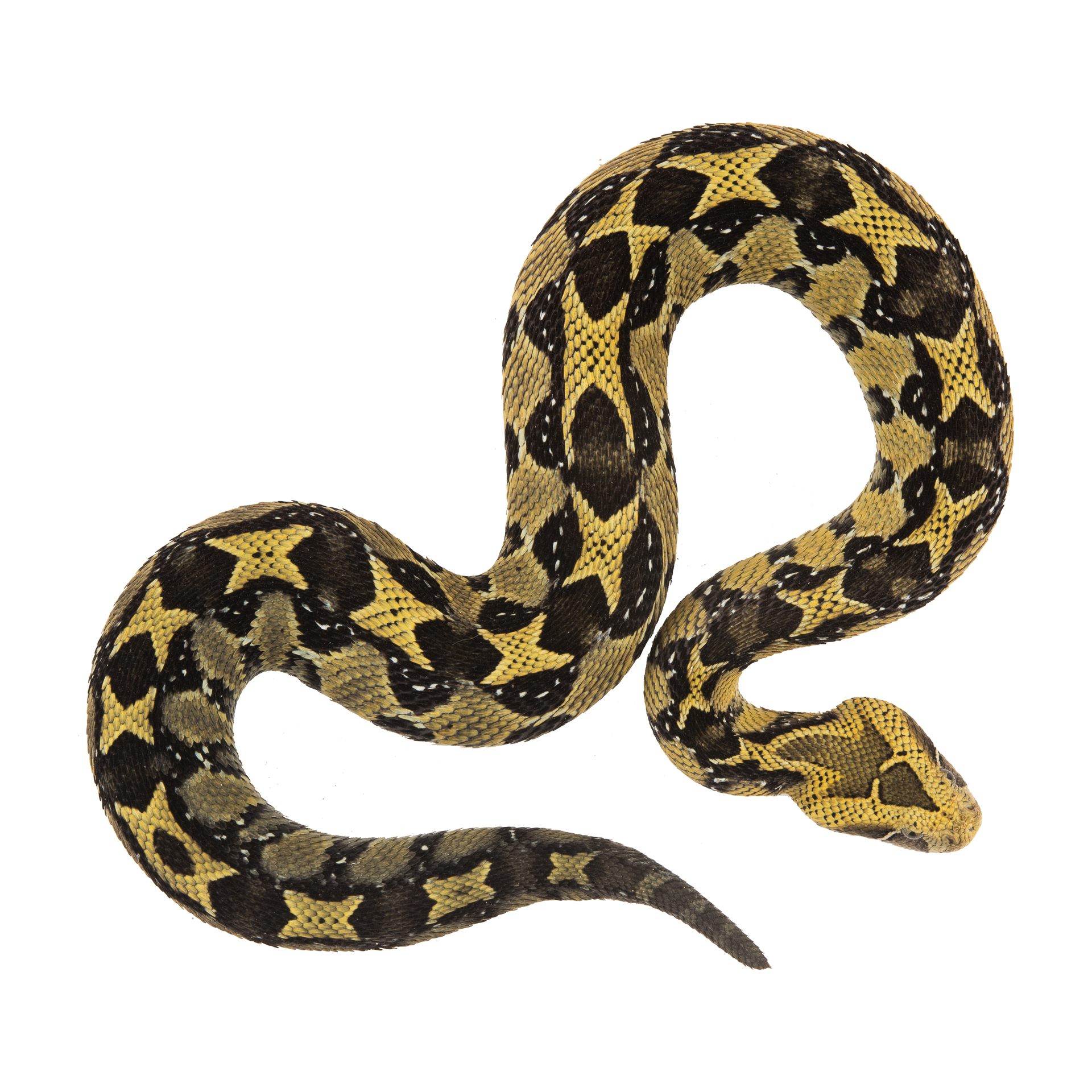 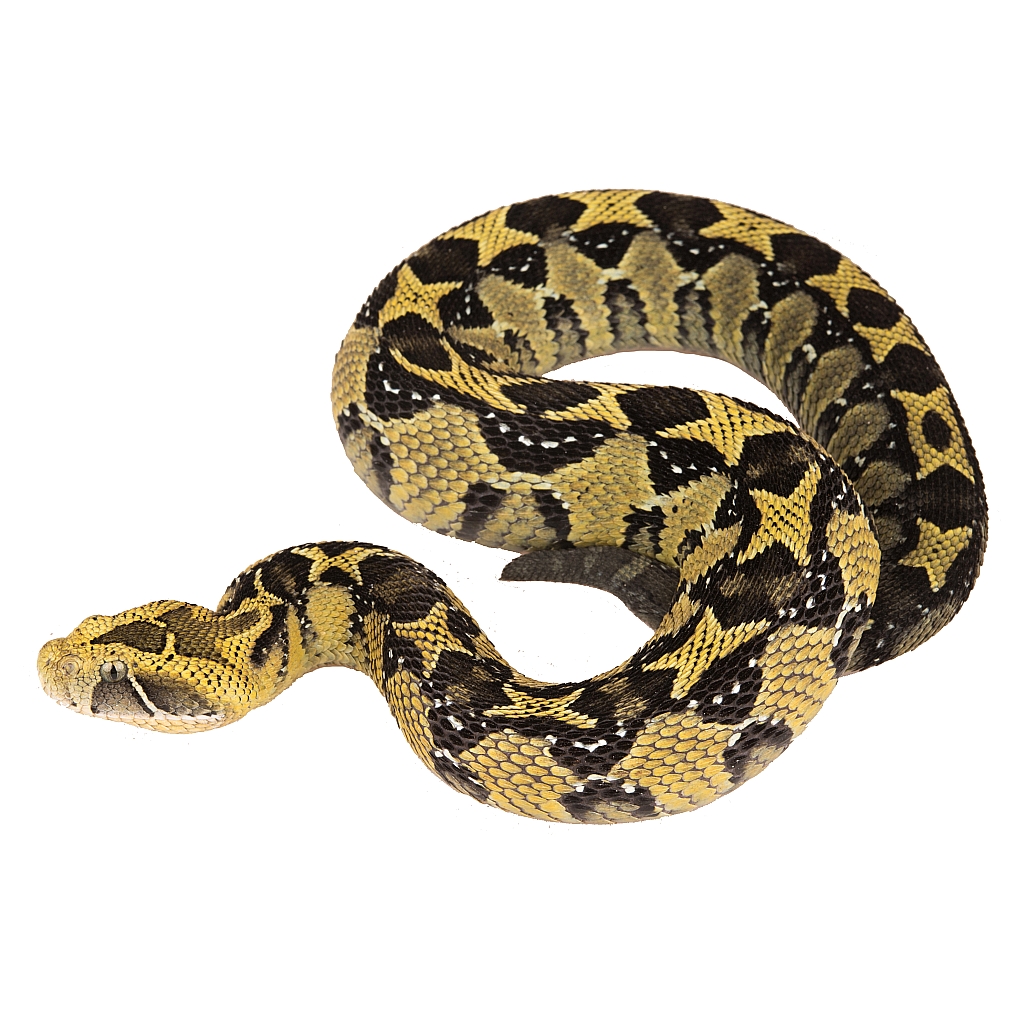 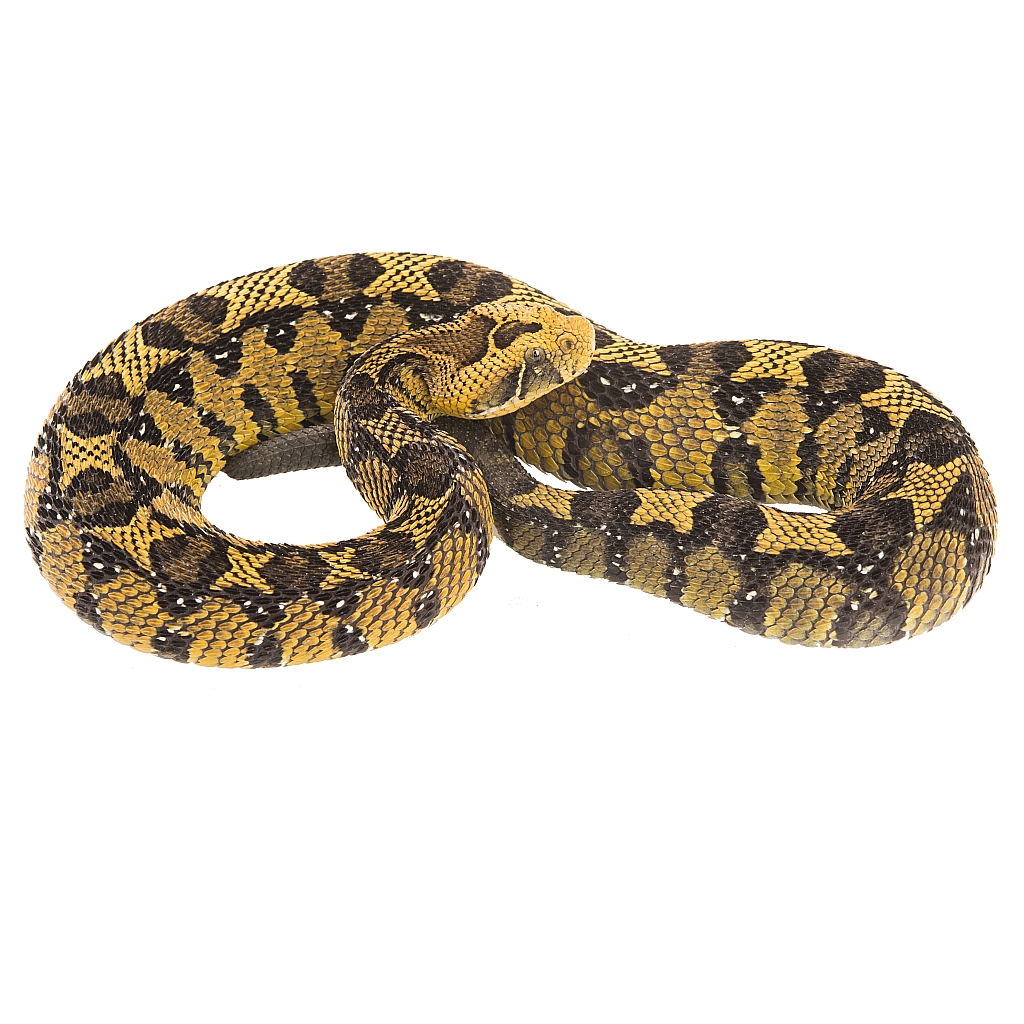 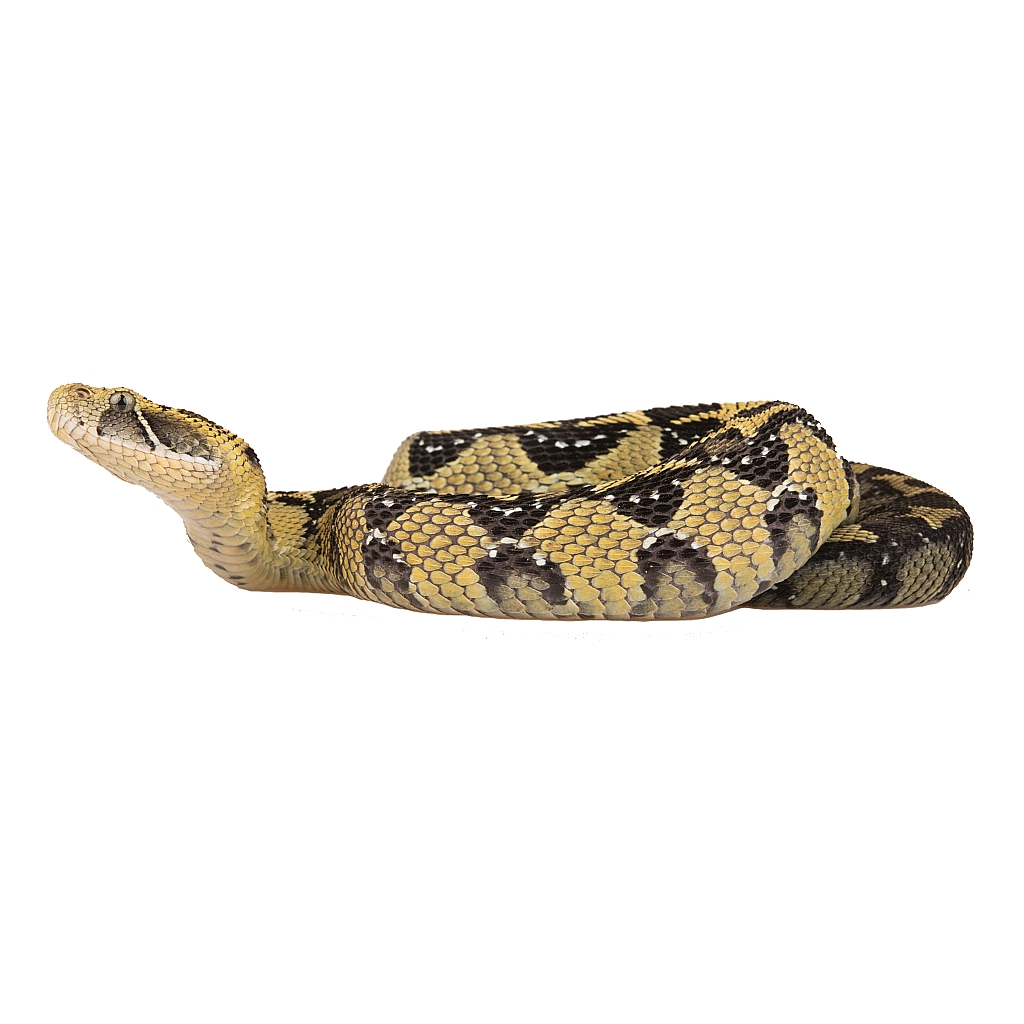 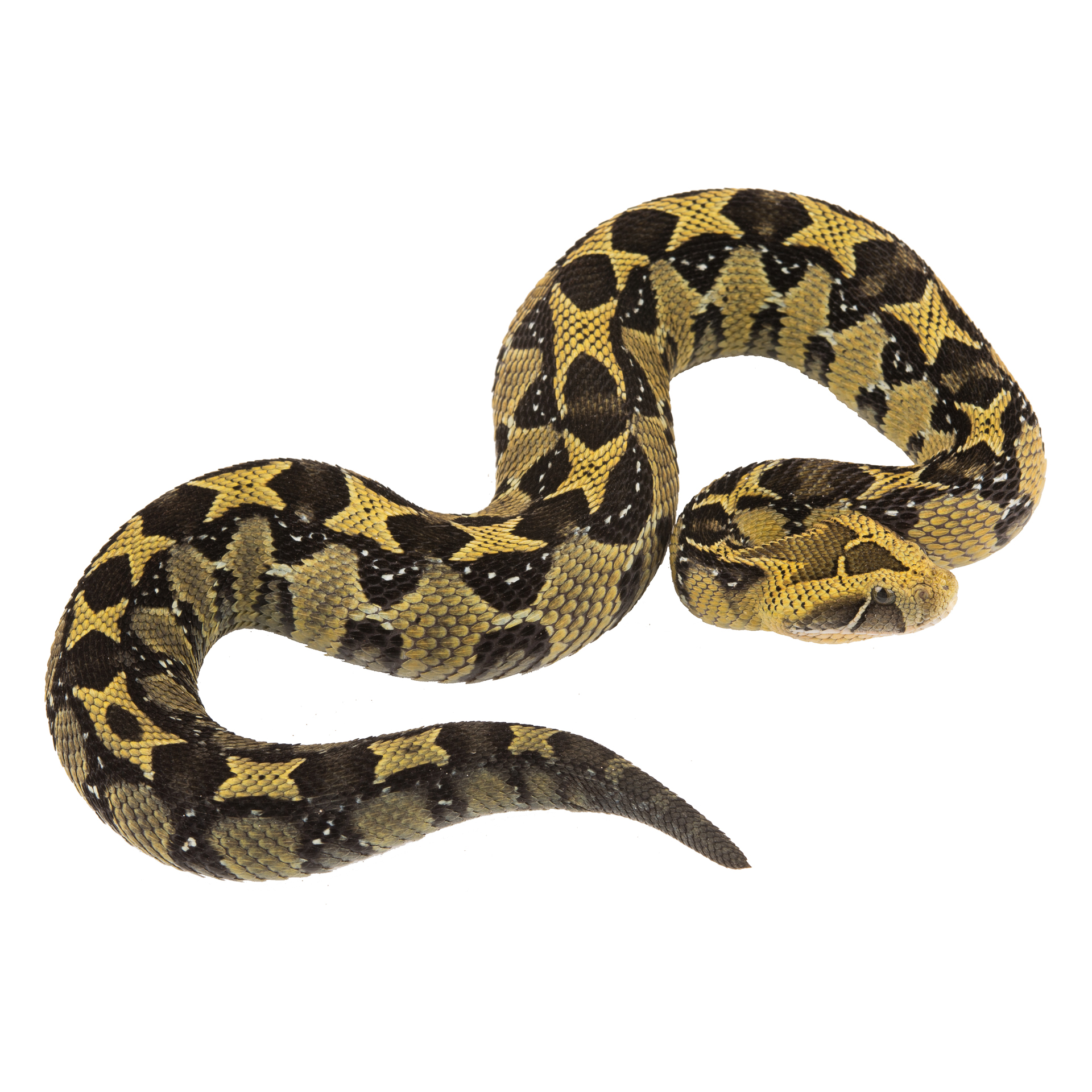 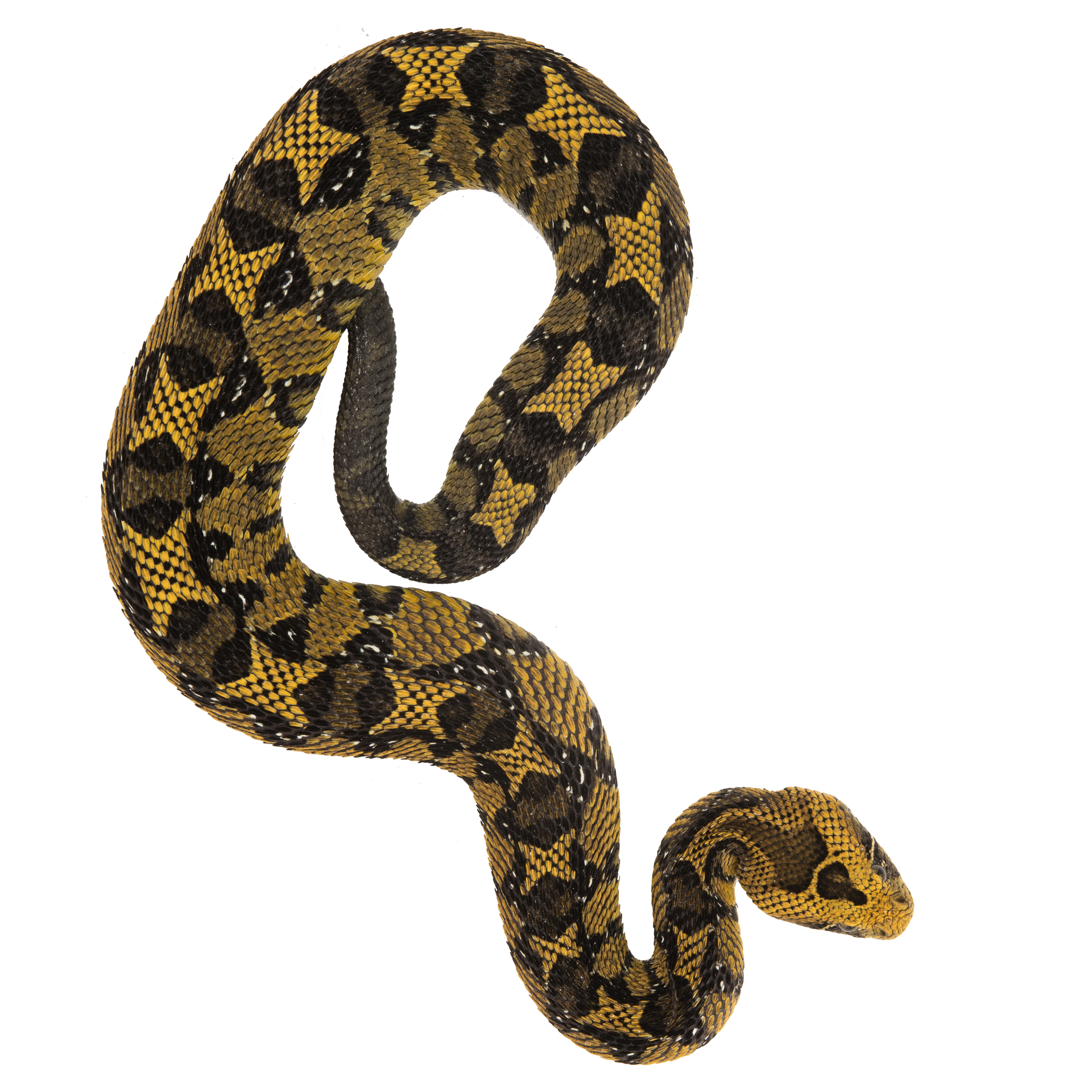 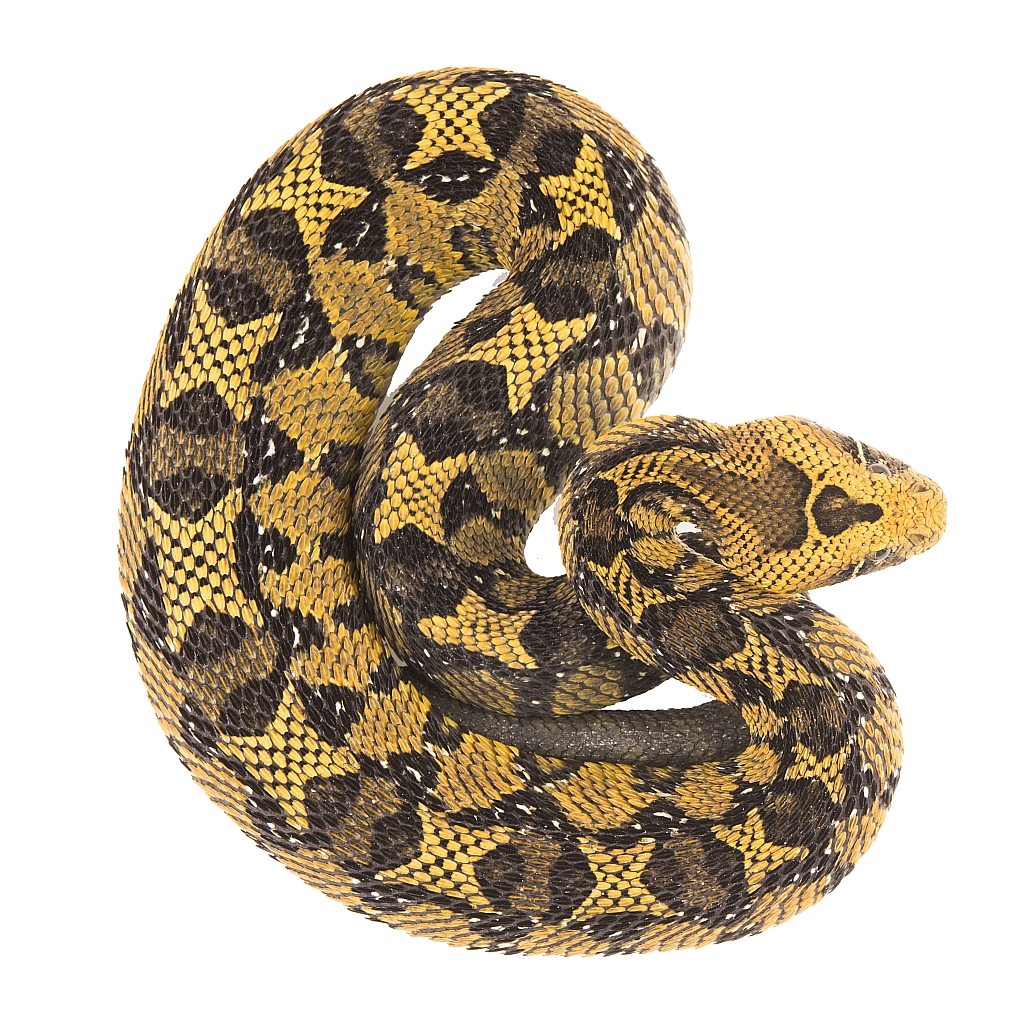 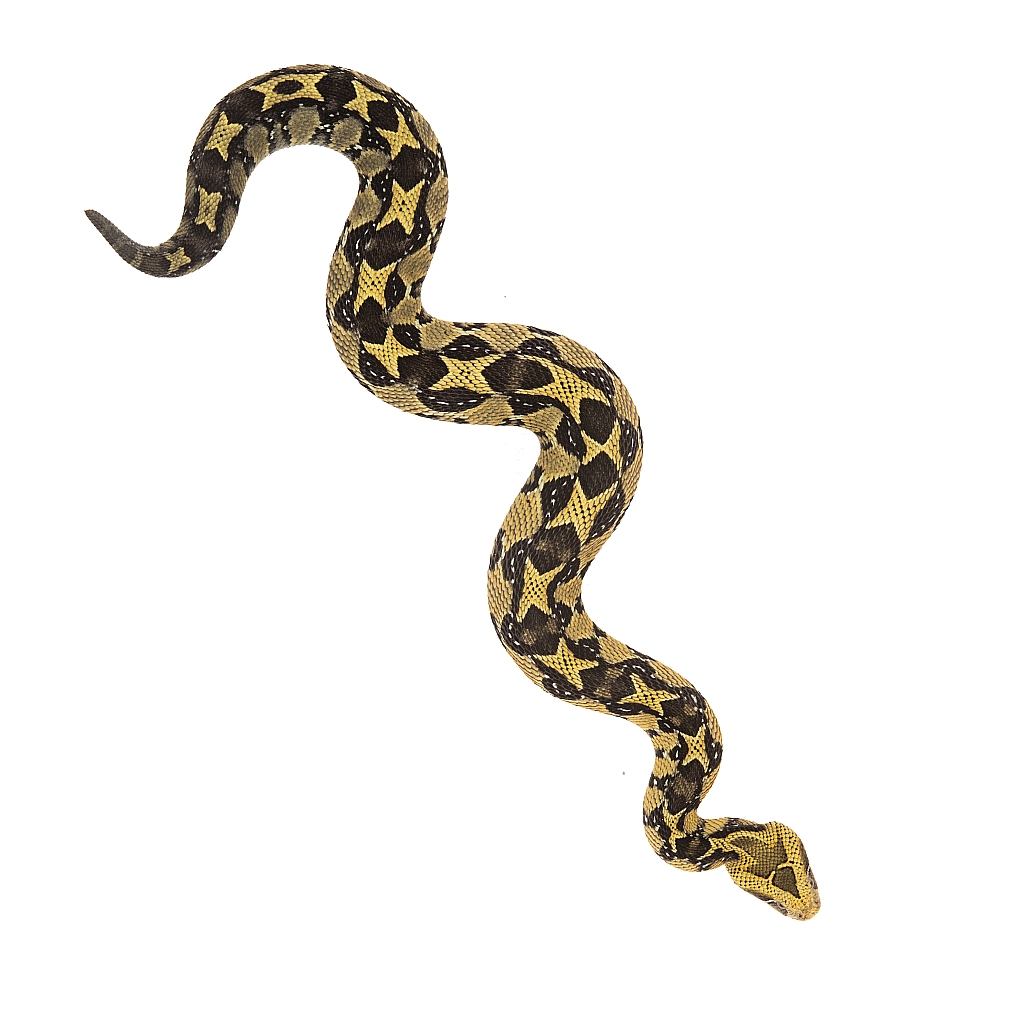 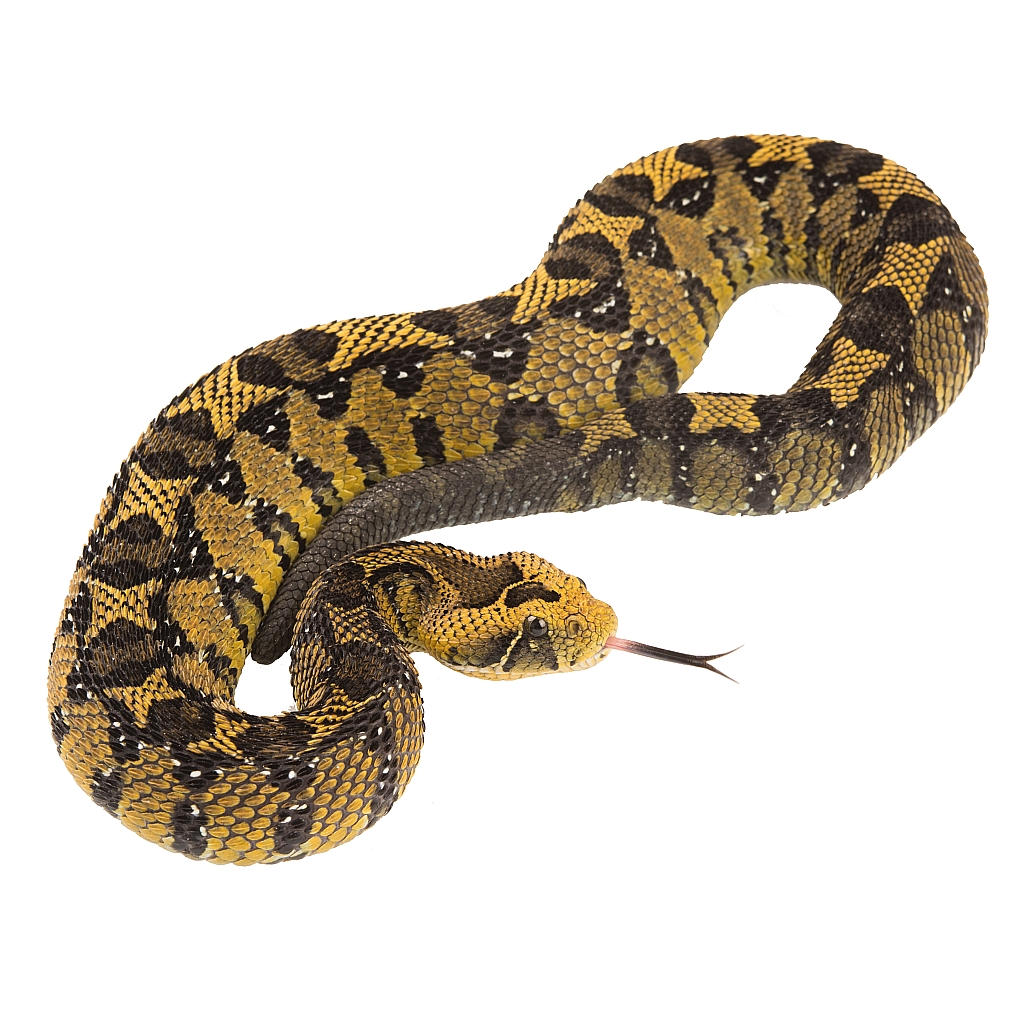 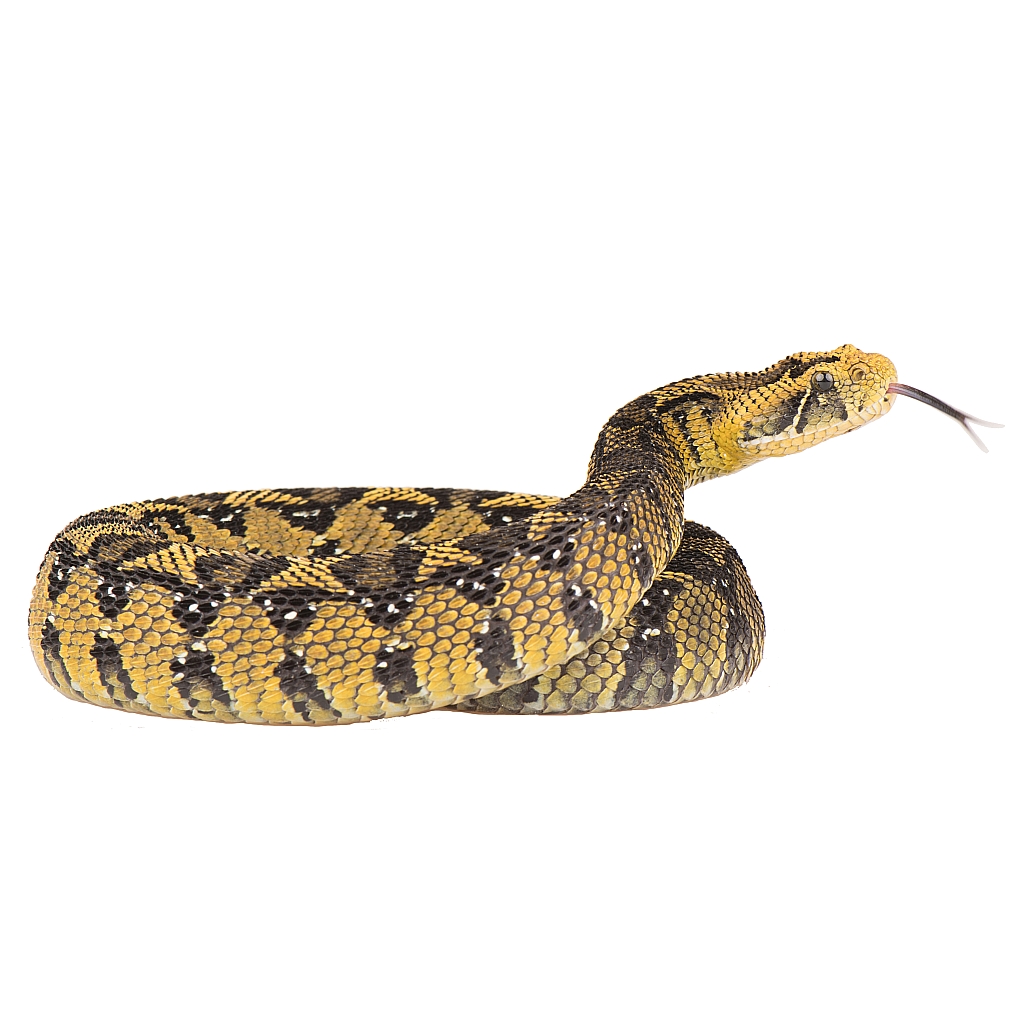 Bitis parviocula is a venomous viper species found only in Ethiopia. It is large with a broad head and spectacular geometric markings. In 1995, the species was known from only three specimens, but additional information has surfaced since then. Little is known about its natural history or its venom. No subspecies are currently recognized.

Description
Of the first three specimens, the maximum recorded total length (body + tail) was 75.2 cm (29.6 in), but it is now known to reach a total length of at least 130 cm (51 in). The head is long, flat, triangular and covered with small, strongly keeled scales. The nostrils are large and set well forward. The head is distinct from the thin neck. The body is cylindrical with a slight vertebral ridge, while the tail is short. The dorsal scales are keeled and are arranged in 37-39 rows at midbody.

The color pattern consists of a light brown to dark brown ground color, overlaid with a series of black hexagons or diamonds that run down the center of the back. The black hexagons may have paler crossbars, while being separated from each other by a chain of yellow butterfly shapes. A series of black triangular or subtriangular spots, each with a white center, run down the upper flanks. The lower flanks have a series of greenish-gray triangles, pointing upwards, with yellow edges, especially the tips. The flanks between these triangles are a mottled green color. The head is brown with a dark triangle between the eyes and a dark hammer shape just behind it that extends onto the nape of the neck. The iris is brown. The side of the head is dark, but with a pale stripe that runs from the eye down to the labials. The upper labial scales are white. The chin and throat are white with black speckling. The belly is greenish-gray and may be clear, or with black speckling.

Geographic range
Known from only five localities in Ethiopia, it is found on both sides of the Rift Valley, both in the Bale Mountains to the east and between Bonga and Jimma to the west. It has been collected at altitudes of 1,700–2,800 metres (5,600–9,200 ft).

Behavior
Mostly unknown, its behavior is assumed to be terrestrial and nocturnal. In 1995, the only living specimen known was less irritable than the typical puff adder (B. arietans) and was not inclined to strike. However, it hissed when teased and struggled «furiously» when restrained, suggesting its temperament may be similar to that of the Gaboon viper (B. gabonica).

Venom
The toxicity and composition of the venom is unknown. The first US envenomation of a person was in March 2009, when Dr. Earl Turner, a noted herpetologist from Ingram, Texas, was bitten on the finger. He is the only person in the world known to have survived a bite from this species. It is assumed to cause at least some of the bites reported in the densely populated regions where it occurs. The local people consider it very dangerous. The venom of this snake can be neutralized by SAIMR antivenom